IoT, as a technology, has evolved and matured in the last decade since it became an emerging technology and was introduced in Gartner’s Hype Cycle in 2011. While there have been some advancements in the use of IoT for operational efficiencies, optimal asset utilization, quality control, etc. in manufacturing, healthcare, energy and other industries, we can all agree that it hasn’t taken off like many analysts predicted. There were predictions of the IoT market going past 50B connected devices and north of $1T in total business by 2020. That prediction of the IoT market growing to $1T is now still 5+ years away.

So, what is it that has been holding the promise of IoT back? Various surveys conducted over the last 2-3 years show different reasons being given for this slower than expected adoption, but there is a consistent theme amongst the reasons that consistently pop up. There are known technical concerns like security and connectivity, but in terms of business challenges, the gap in cost of undertaking an IoT program and expected value seems to show up as the main reason holding back the adoption of IoT across industries. Specifically, an unclear RoI coupled with the perceived long project implementation cycle or the time-to-market are big reasons why we are not even half-way to the market size we were expected to hit with the opportunity that IoT presented.

IoT, by design, is a transformational & disruptive technology. Any IoT program of work includes setting up of devices and sensors, configuring, collecting and analyzing information flowing through these devices and sensors and finally, integrating with existing IT systems to initiate intelligent decisions. And only after significantly changing the existing setup can one get to a minimally defined IoT program of work to the point where the benefits of IoT start to show. Basically, there are significant levels of cross-functional capabilities and vertical integration that are needed to get to a justifiable minimum viable product.

Addressing operational challenges or extracting efficiencies requires some level of analysis of existing processes and operational practices. Getting access to relevant information is one of the things that an IoT program helps you get. Only after we get relevant data, analyze it and then implement informed decisions, do we see the benefits of all that initial research. Even if we get to the point where we complete an IoT MVP, the benefits of the program are generally incremental and attained over time, and that’s if assumptions made and analysis done on the cause of the operational challenges and how to address them are valid.

Limiting the disruption to existing infrastructure and bringing the ability to easily prove the value of an IoT program of work is what we need to rejuvenate the adoption of IoT, else it will become difficult to take the technology past the trough of disillusionment.

Assimilation with an existing IT system

An IoT infrastructure that open standards based, loosely coupled and API-driven would be something that would plug into an existing IT ecosystem easily. It will also separate OT changes (sensors, devices, information extraction) from the existing IT and allow the two to integrate without being tightly coupled.

If the actual and desired information flow can be designed and modeled easily, then integrating the operational technology with information technology can become a lot more seamless.

By simulating sensors and the actual information flow between these sensors all the way through to the enterprise systems, all based on real data, will give users and decision makers the visibility into what to expect before they embark on an IoT based initiative. Simulating that OT-IT integration will help stakeholders make informed decisions on investing in an IoT program and knowing what RoI to expect at the end of it.

Some of the key features or capabilities needed for IoT to become a viable solution for the everyday industrial, civic and social challenges are probably best suited for an IoT Platform that threads through the IoT ecosystem. A well designed IoT platform can make the adoption of IoT a lot easier and enable transformational solutions to real world problems, as opposed to being limited to extracting and transmitting sensor data. 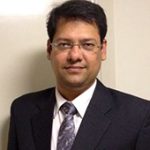 Seemant is the founder of Sensital and the chair of the company’s board. He can be best described as a technocrat who has worked across multiple technologies, domains, geographies and, in his career spanning over 20 years, has played different roles including consulting, product management, technical solution architecture, program management and enterprise software & solutions sales. Seemant is based out of Sydney and holds bachelor’s degree in computer applications along with management studies from UNSW, Australia

With a revolutionary product, domain expertise and implementation services, Sensital is helping its customers drive their Digital & IoT programs from start to success.

Read More About Us